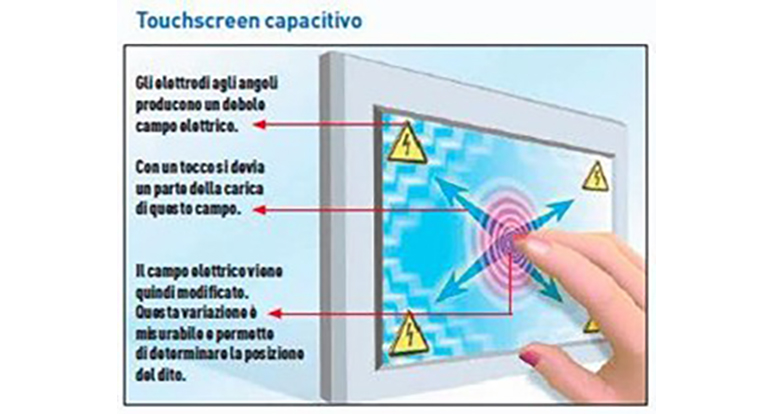 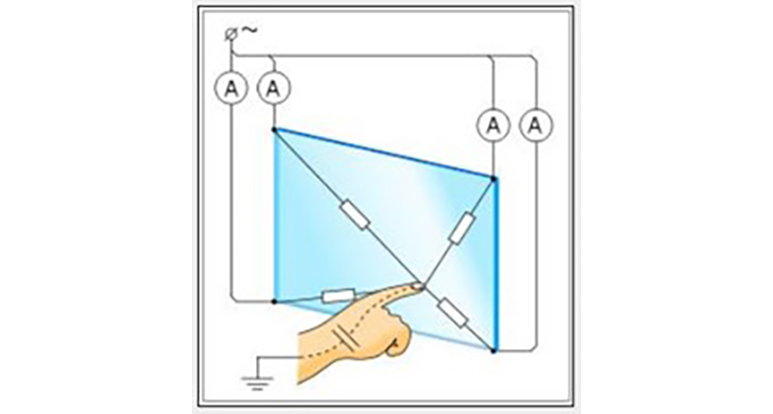 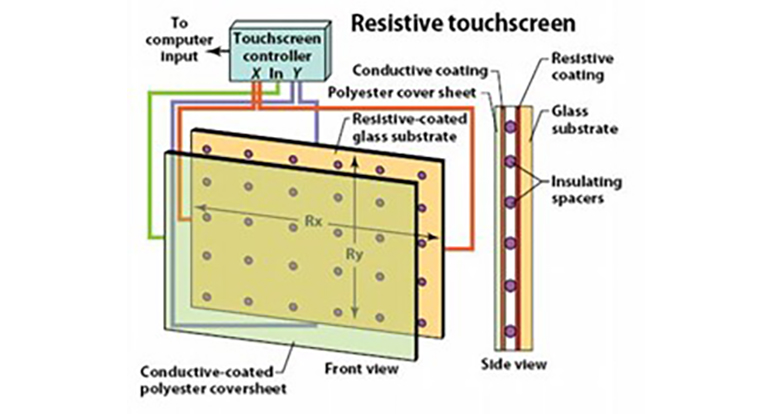 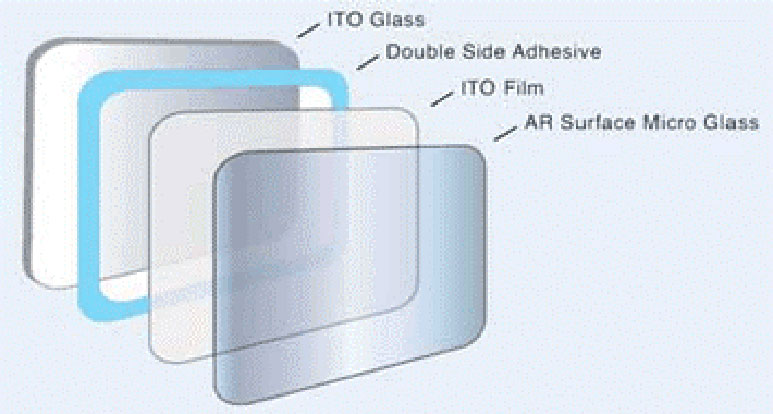 Everyone who uses a PC is now used to typing on the keyboard or clicking with the mouse. However, there is an alternative: thanks to the touch screen, it is possible to control the computer and telephone by simply touching the screen with the fingers. A small pressure on an icon replaces the click of the mouse and the text can be typed on the screen keyboard.

The first touch screens used a grid of infrared rays. By touching the screen with your fingers, the contact of the grid with the beam was broken and the system worked out the position of the indicated object. In a second moment the resistive technology was developed, still very widespread today, and finally the capacitive one. The capacitive screen is the most used in most electronic devices and is made up of several superimposed layers of plastic material and the outermost one in glass, covered with a thin layer of metal oxide.

These touch screen technologies are now used in everyday life and have quickly established themselves in working and industrial environments that require high performance. It therefore becomes very important to choose the touch screen that best suits your needs.

In this article we will analyze the different touch screen technologies, indicating the pros and cons of each one to identify the best solution for the various applications.

In the video you can see very well how it is possible to operate even while wearing gloves. Even if water is present on the touchscreen monitor, the operation is not limited as the software recognizes the water as a foreign body and does not evaluate it as an active touch by the operator. It is therefore possible to use this touch panel even in adverse environmental conditions.

Resistive touchscreens consist of two layers of conductive material which, when the screen is pressed, come into contact with each other, allowing the device to pinpoint the location.

ADVANTAGES: the most important advantage of resistive touch is the possibility of being pressed even with objects, such as styluses for example, still achieving a high level of precision. Resistive touch screens are very cheap to make, are quite resistant to shocks and can operate from -15°C to 45°C even in very humid environments.

DISADVANTAGES: the image quality and brightness of the screen are partially altered by the two plastic layers of which it is made. Accuracy and responsiveness also tend to decrease over time. Finally, the outermost layer, made of plastic material, is very sensitive to possible scratches caused by repeated contact with fingers and pens.

Capacitive touch is used in most smartphones.
It takes advantage of the dielectric capacity of the capacitors. A weak electric field is produced on the sides of the display which spreads uniformly over the entire screen thanks to the thin layer of metal oxide which covers the external part of the glass of the device; when a conductive material (for example the user’s finger) comes into contact with the screen, a variation of the electric field occurs which is measured by a series of film capacitors placed on a panel under the glass surface.

ADVANTAGES: capacitive touchscreen screens have greater brightness and sharpness of the images thanks to the surface glass layer, which also makes them more resistant than resistive touch screens. The experience of using this touch technology is more pleasant because there is no need to press on the display.

DISADVANTAGES: contact with touch can only occur through conductive objects such as, for example, fingers; it is therefore not possible to use tools such as nibs. For this reason the precision of the touch suffers because it is limited to the size of the user’s finger and this makes it almost impossible to control the graphic elements smaller than the square centimeter. In addition, the capacitive touch screen is susceptible to high and low temperatures and humidity, narrowing the operating temperature range. To top it off, the glass surface makes it more resistant to scratches but is prone to breakage if the device is dropped.

GFG touch screens combine resistive technology with a glass surface to create an extremely resistant touch screen that combines the advantages of different technologies. The surface glass gives scratch resistance and waterproofing, as well as not disturbing the quality of the image which is very bright and sharp. However, it turns out to be very reliable and bases its operation on pressure. It is therefore highly recommended in the hospital / medical or industrial sector where reliability is essential and where it is necessary to be able to use different yes selection objects (fingers, gloves, pen, tools, etc… ).

ADVANTAGES: Surface glass ensures a solid, scratch resistant and waterproof surface. It also resists chemicals and allows for greater cleaning and disinfection for use in environments that require high hygiene standards. Finally, it has a longer life than other touchscreen technologies

DISADVANTAGES: glass, if exposed to very frequent use, risks breaking; for this reason it is advisable to install this touch screen technology on machines that have little repetitive functions.

So what’s the best technology? Difficult to give a definitive answer, because they all have obvious advantages and disadvantages.
The choice between the different technologies should be made according to the type of use and the type of application on which it will be installed.
The variable to consider is certainly the possibility of using the resistive touch with a nib which also makes freehand writing possible. Resistive touch screens are often used on inexpensive devices or “work” devices that need high impact resistance, such as machinery and tools.
Capacitive displays are much more expensive despite being less precise but allow better usability thanks to the possibility of touch and multi-touch. In addition, the display is sharper and brighter, and the images return better quality.

All our display & digital signage solutions are designed to install different types of touch screens and make the devices suitable for different sectors of use.
If you need more information on the industrial touchscreen technologies adopted by World Trade Display, send us an email to marketing@worldtradedisplay.com or call us on +39 0541 753344 office hours.